The farm served as Major General Edward Johnson’s staging area for the Confederate attack on Culp’s Hill, and was used as a Confederate Field Hospital during the battle.

The impressive German bank-style barn has dominated the Historic Daniel Lady Farm since it was built in 1842. It replaced an earlier barn constructed of logs.

Work on the fieldstone farmhouse began approximately 1820, starting with the hearth room and was gradually expanded in stages.

As Confederate troops advanced through the town of Gettysburg on the afternoon of July 1st, the Union’s 1st Division of 12th Corps, Army of the Potomac, under General Alpheus Williams, arrived on the Historic Daniel Lady Farm intending to secure nearby Benner’s Hill. 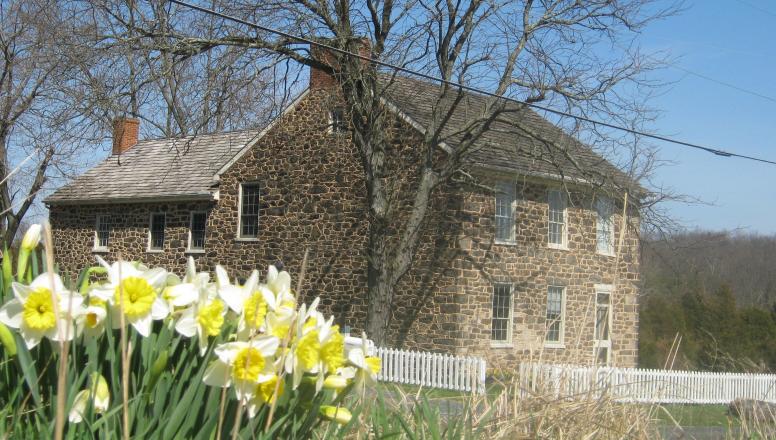 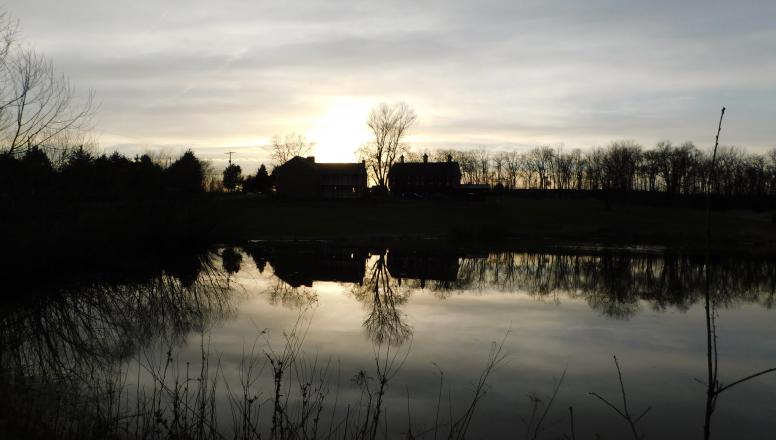 Williams decided to storm the hill. His skirmishers reached the area to the west of the Lady barn where they exchanged some light fire with Virginia skirmishers higher up the hill. Before they could advance further, they were recalled, retraced their steps, and eventually took position on Culp's Hill.

Soon after, Major General Edward Johnson’s Division of Confederate regiments of the Army of Northern Virginia from, Louisiana, Maryland, Virginia and North Carolina cautiously arrived on the farm.

Early on July 2, the second day of the battle, the farm became a staging area and headquarters for Johnson’s preparation for the attack on the Union right flank on Culp’s Hill. Confederate artillery moved from the farm to nearby Benner’s Hill. At 4 p.m. the Confederate batteries began to place fire on Culp’s Hill and Cemetery Hill in advance of Johnson’s attack.

Union artillery responded and within a few hours, the Southern batteries were overwhelmed and silenced by the federal guns. 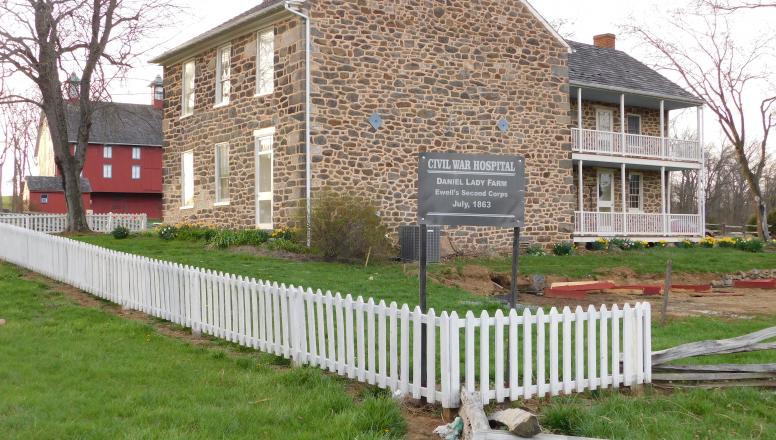 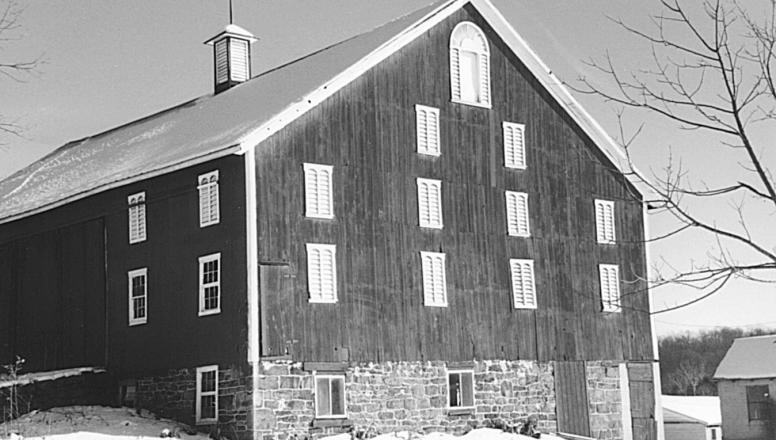 But the assault continued as thousands of Confederate Infantry massed on the Historic Daniel Lady Farm and the adjacent Wolfe Farm and the regiments swept through to the Union line on Culp's Hill, where desperate fighting took place, the Confederates coming close to breaking the Union defenders.

Many of the casualties from Benner's Hill and later, Culp's Hill, were moved to the Historic Daniel Lady Farm where the house and barn had been converted to a field hospital. Officers were treated in the farmhouse, the enlisted men in the barn.

After three days of battle, the two forces faced off for a day with no significant action. One day later, Confederate forces retreated. The most seriously wounded remained at the Historic Daniel Lady Farm at houses and barns across the battlefield, later to be moved to the nearby Union field hospital “Camp Letterman” just north of the farm.

The house and barn survived the battle. The furniture in the house was used to comfort some but was also used for cook fires, and for hospital use. Doors were used as stretchers and for operating tables. Bloodstains from the wounded and dying can be seen in the house. 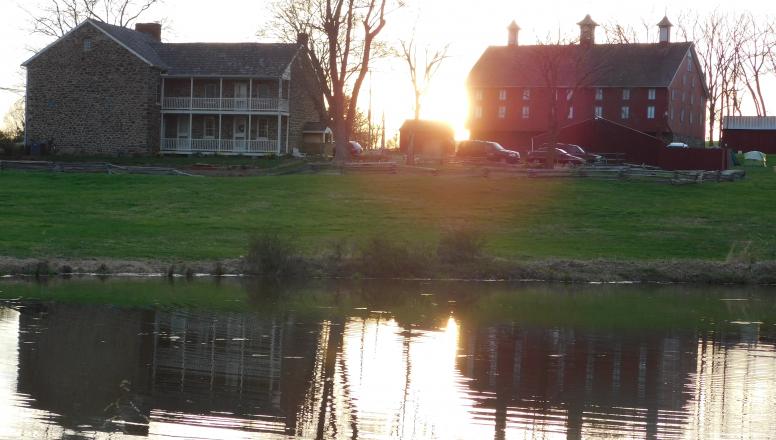 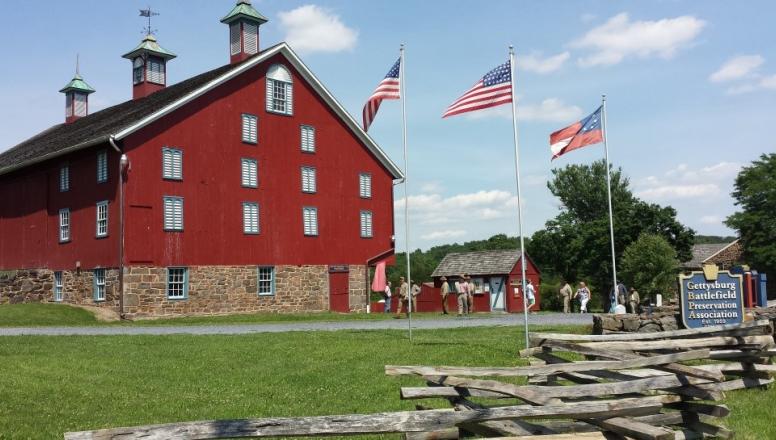 In the barn one can see where Confederate soldiers carved their initials in a doorjamb. A fragment of a Union cannon ball is still lodged in a floor joist after a Northern shell blasted through the wall.

In 1999, the GBPA purchased the 146-acre Historic Daniel Lady Farm and launched several years of meticulous restoration to return the house and barn to their 1863 appearance.

Today, the farm offers tours, camping for reenactors and scouts, living history demonstrations and educational workshops and is the headquarters of the GBPA.

Friday June 26, 1863 was John Calvin Lady’s fifth birthday. The fourth child out of seven for Daniel and Rebecca Lady, John Calvin would have a birthday the family would not soon forget.

The citizens of Adams County had been hearing of the approaching Confederates since early to mid June.  Reports from surrounding counties had Confederate numbers ranging from a few companies of soldiers upwards to 40,000... 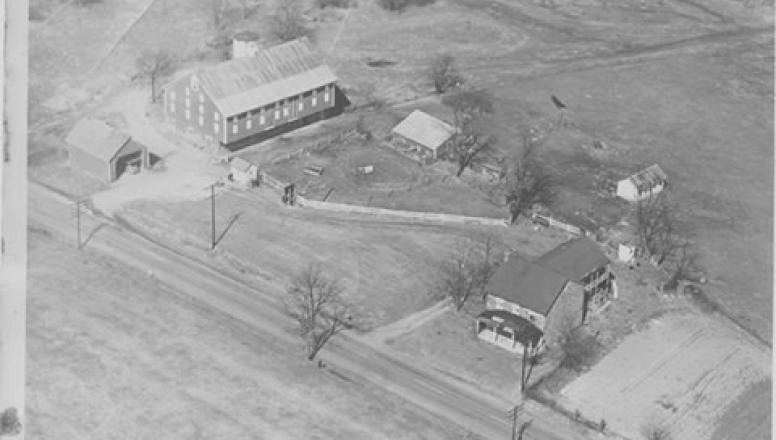 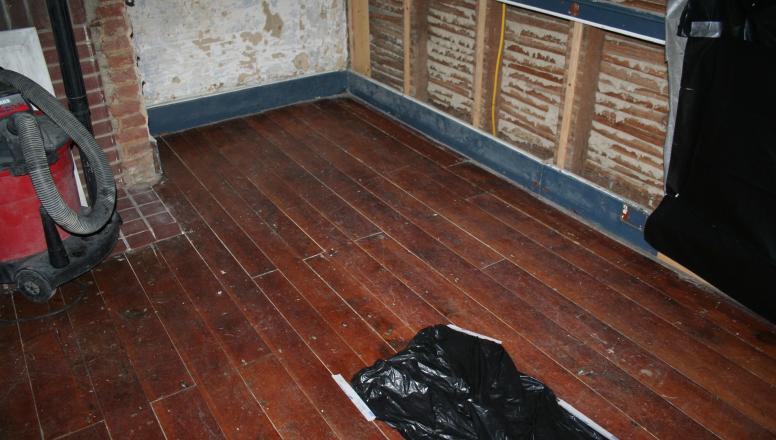 In 2007, detectives from the Niagara Falls, New York, Police Department were challenged by a judge as to how far back in time photoluminescence testing can verify the presence of human blood.

Hearing there were places in Gettysburg where bloodstain could still be seen nearly 150 years after the battle. The house on the Historic Daniel Lady Farm is one of those locations...

Read about bloodstains at the Historic Daniel Lady Farmhouse

The GBPA Monuments Fund and its related Trust works to preserve and maintain battlefield monuments and markers commemorating the actions of Pennsylvania units and individuals during the Battle of Gettysburg.

Venture Crew 1861 is part of the BSA New Birth of Freedom Council and is chartered by the GBPA.  The Venture Crew accurately portrays a Civil War Fife and Drum Corps and Color Guard of the 1st Pennsylvania Reserves originally recruited in Gettysburg, York and Lancaster. The musicians also portray Johnson’s Division CSA fife and drum corps.

Scouts and other organized youth groups may camp on hallowed ground on Gettysburg’s Historic Daniel Lady Farm.  Reasonable rates apply.  Many Scouts participate in the BSA Gettysburg Heritage Trail Award program while at the farm.  Service projects and patches are also available.

More about scout camping in Gettysburg

A group of Civil War units and individual reenactors that support living history education on the Historic Daniel Lady Farm as well as participate in major reenactments and living history events in Pennsylvania, Maryland and Virginia.

The entire GBPA membership is involved in preserving endangered battlefield land in Gettysburg. The Historic Daniel Lady Farm is bordered by Benner Hill, site of Confederate Artillery during the battle, now part of the Gettysburg National Military Park. Bordering the farm on the North is the most threatened land in Gettysburg including the site of the U.S. Arm General Hospital, set up after the battle, known as “Camp Letterman” or “Hospital Woods.” Other threatened battlefield sites bordering the farm include Grahams Confederate Battery and 2nd Corps troop movements in the advance to Culps Hill.

Currently the Museum Store, education events, and limited museum displays are housed in the house and barn of the Historic Daniel Lady Farm. Watch for a new facility to house these activities and offices as the GBPA expands its outreach and mission.

Are you a Member? Apply for membership today