Since its inception in 1959, the foremost goal of the Gettysburg Battlefield Preservation Association is to ensure the preservation of hallowed ground – land and features involved in the battle and its aftermath.

The original Gettysburg National Military Park has been greatly enlarged due to property obtained by the GBPA and turned over to the park and acquisitions in which GBPA played an important role.

The entire GBPA membership is involved in preserving endangered battlefield land in Gettysburg. The Historic Daniel Lady Farm is bordered by Benner Hill, site of Confederate artillery that exchanged fire with Union artillery on Culp’s Hill during the battle, now part of the Gettysburg National Military Park.

Bordering the farm on the North is the most threatened land in Gettysburg including the site of the U.S. Army General Hospital, set up after the battle, known as “Camp Letterman” or “Hospital Woods.” Other threatened battlefield sites bordering the farm include Grahams Confederate Battery and 2nd Corps troop movements in the attack on Culps Hill.

Read about the GBPA Campaign to Save Hallowed Ground 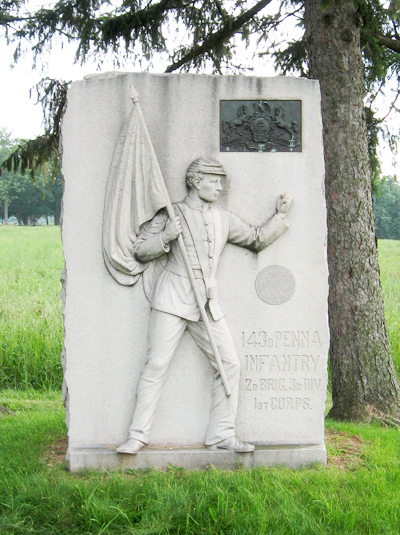 The Pennsylvania Gettysburg Monuments Project was founded in 1997 by state Rep. Harry Readshaw (D-Allegheny) with the assistance of Legislative Assistant Kathi Schue and Information Specialist Jay Purdy. Within weeks of its formation, the GBPA became a partner in the campaign.

After a careful search, 146 monuments and markers were identified representing Pennsylvania regiments and soldiers on the grounds of the Gettysburg National Military Park in need of repair and routine cleaning and maintenance—not including the large Pennsylvania Monument, which is maintained by the Commonwealth.

In 2003, the GBPA set up the Gettysburg Battlefield Monument Trust at the Adams County National Bank (ACNB) to provide an endowment for future maintenance. To date, the project and its preservation partners have raised over $400,000 including grants and Trust income to cover all the non-equestrian Pennsylvania monuments on the battlefield in perpetuity (excepting a limited number of PA monuments that are individually endowed by other organizations). Funds are distributed by the Trust to the Gettysburg National Military Park for scheduled monument maintenance.

GBPA is now committed to raising additional funds to provide for the remaining equestrian monuments. Unfortunately, funds raised must sometimes be used to make emergency repairs to monuments necessitated by vandalism and storm damage—a task well within the mission of the GBPA’s Pennsylvania Gettysburg Monuments Project.

Funds continue to be raised for the Monuments Project and battlefield preservation at major annual fundraisers like the “Civil War Preservation Ball” in the State Capitol Rotunda, and the motorcycle “Ride to Gettysburg.”

These events are sponsored by the GBPA and their preservation partners, Rep. Harry Readshaw, Victorian Dance Ensemble and A.B.A.T.E. of PA. 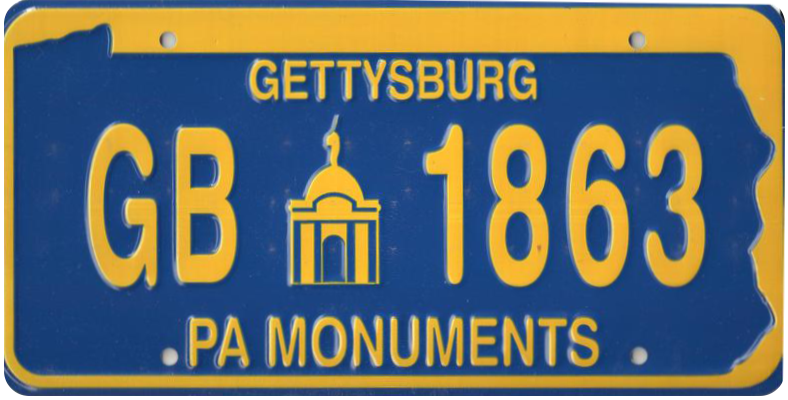 The GBPA Gettysburg Pennsylvania Monuments Project created this plate that graces the fronts of many cars and trucks in Pennsylvania and elsewhere. These plates are available at $20 each at the Historic Daniel Lady Farm and at GBPA events. All proceeds benefit the Monument Project.