In 2007, detectives from the Niagara Falls, New York, Police Department were challenged by a judge as to how far back in time photoluminescence testing can verify the presence of human blood.

Hearing there were places in Gettysburg where bloodstain could still be seen nearly 150 years after the battle. The house on the Daniel Lady Farm is one of those locations.

The fieldstone house offered some protection as surgeons worked on wounded and dying Confederate officers.  During the restoration of the house by the GBPA, shrapnel was found in a chimney on the east side of the house, as was the path the projectile followed in passing through the attic rafters.

Rank-and-file wounded were treated in the bottom of the barn, the stone foundation of the stable providing similar protection as the house, though at least one shell burst through, its shrapnel still visible, buried in a rafter.

The stable floor, being dirt, and also having been covered by cement in the 1930’s, would not have retained evidence of human blood.  The cement floor was removed as part of the GBPA restoration.

The tests of the farmhouse were positive for blood on the floor. 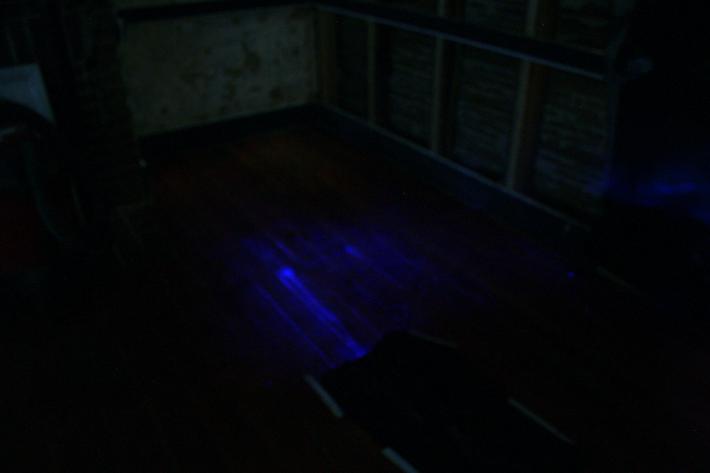 A portion of the floor in the front parlor of the Daniel Lady Farmhouse in normal light, then in darkness following application of the chemiluminescent agent. 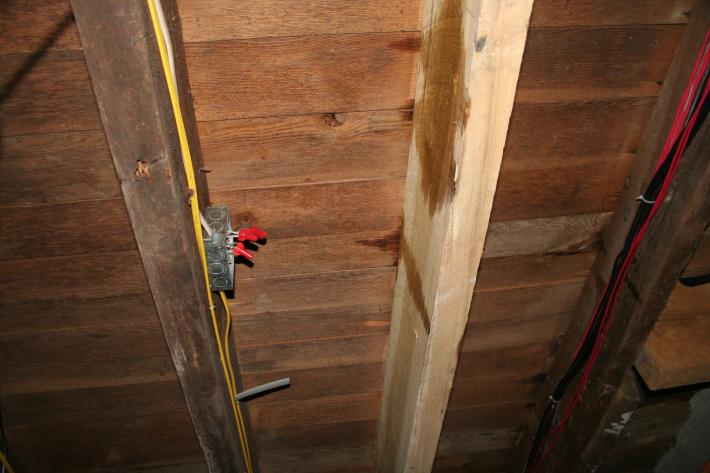 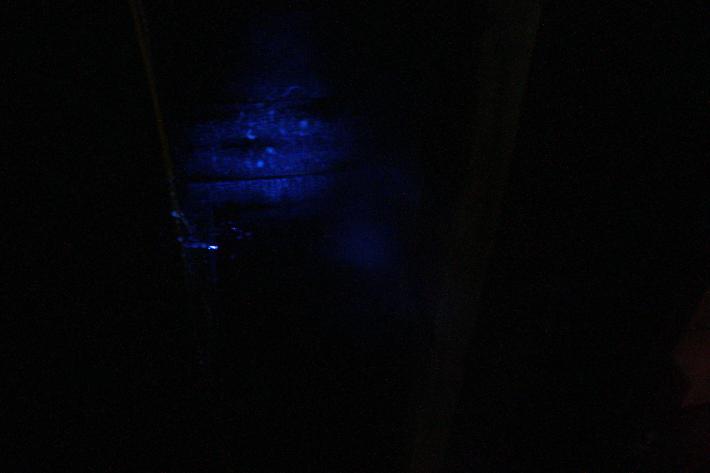 The ceiling of the cellar under normal light, then in darkness following application of the chemiluminescent agent.

To obtain the luminescent images, absolute darkness was required and the camera exposure maintained for 3 minutes.

Niagara Falls Detective Lieutenant Nicholas Paonessa presented this report on one of the chemical agents to the International Association of Bloodstain Pattern Analysts: http://www.bluestar-forensic.com/pdf/en/Gettysburg_IABPAnews.pdf

It should be noted that the bone Paonessa referred to as being found on the Historic Daniel Lady Farm was later determined by a pathologist to be non-human.

Additional testing by the Niagara Falls Police on the floor of the parlor determined where a pile of blood-soaked rags had lain, fingers of a hand passed through a pool of blood and marks from the fingers of men who were propped against the wall.

Most surprising was evidence on the floor in an upstairs room of the upper torso of a body.

It’s no wonder that soon after the Civil War), Daniel and Rebecca Lady sold the farm and in 1867, moved their family lock, stock and-barrel to a newly-purchased farm several miles away near Arendtsville, leaving behind the daily reminders of death and suffering in their former home.