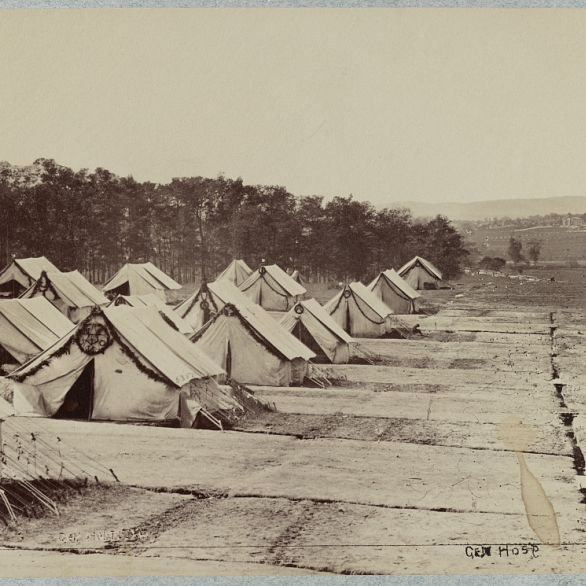 The Vermont House of Representatives and Senate in May formally adopted a resolution (J.R.S. 59) supporting the Gettysburg Battlefield Preservation Association’s effort to preserve what remains of the Camp Letterman hospital site.

“We are thrilled, that a state government is backing a large part of our campaign to preserve a very important portion of the remaining undeveloped ground that was vital to the Battle of Gettysburg and the unprecedented effort to treat the thousands of wounded and dying solders after the battle.”

After the battle, thousands of wounded Confederate and Union troops were gathered from where they were being treated in homes, barns, churches and other buildings throughout the Gettysburg area into one massive tent hospital named for Dr. Jonathan Letterman, the medical Director of the Army of the Potomac.

The responsibility for establishing this first hospital to treat Union and Confederate casualties equally with the best resources available was in the hands of Dr. Henry Janes, a Waterbury, Vermont, physician and U.S. Army surgeon.

Wounded troops treated at the hospital included those of the Second Vermont Brigade, which had played a role in the desperate clash on the third day of the battle in repelling Pickett’s Charge.

Mowery said the GBPA is seeking to preserve 17 acres of Camp Letterman that are part of a planned 191-acre townhouse development by S & A Homes of State College, Pennsylvania.

“We are not trying to stop the entire project, just preserve the 17 acres that were part of Camp Letterman,” said Mowery. “S & A has been kind enough to meet with us on a few occasions, but there’s been no assurance that the Letterman ground won’t be plowed up and paved for roads and residences.”

The resolution from the Vermont Senate and House of Representatives, which received final adoption on May 11, states that “the General Assembly supports the Gettysburg Battlefield Preservation Association‘s effort to preserve the Camp Letterman hospital site and requests that S & A Homes preserve these 17 acres of historic ground.”

The Vermont Senate will send a copy of the resolution to S & A headquarters.

“This action by Vermont was spurred by Vermont Historian, Howard Coffin, who went above and beyond in working to get this legislation passed."

. Others who are very concerned about saving this hallowed ground and have been writing letters to S & A Homes include people from 35 states, 3 foreign countries, preservation organizations, individual living historians and authors, civil war round tables, civil war organizations and other living history groups.