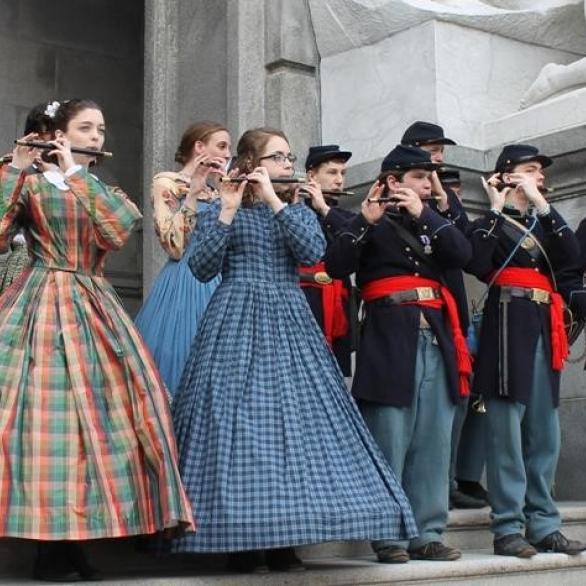 The Gettysburg Battlefield Preservation Association is continuing its campaign to preserve battlefield and Camp Letterman land east of the borough from extensive commercial and residential development.

GBPA  said that the numerous agencies involved have made progress in identifying the challenges such development would present to the nearby Gettysburg National Military Park and preservation of remaining undeveloped battlefield ground.

“These documents especially note the significance of the Camp Letterman field hospital grounds and that their historical importance warrants their placement on the Nation Register,” said Mowery.

After the battle and the Confederate retreat, Camp Letterman was established in the area south of York Road (State Route 30) to treat thousands of wounded and dying soldiers of both sides. Triage procedures that were created to evaluate the wounded as they were brought into the camp are still in use by U.S, armed forces more than 150 years later.

Another concern is the former Wolfe Farm.

On the second day of the battle, Confederate artillery set up on the property and exchanged fire with Union batteries. Louisiana infantry regiments of Williams’ Brigade; the 1st, 2nd, 10th, 14th and 15th Louisiana and part of the 50th Virginia assembled and advanced through the farm and the adjacent Daniel Lady Farm, which is preserved by the GBPA.

Mowery said the GBPA is spearheading action to complete the application process for the Wolfe Farm and Camp Letterman given final consideration for recognition on the Nation Register of Historic Places. She noted that numerous individuals and other interested organizations are also involved in the effort.

An application is also underway for the Daniel Lady Farm to received National Register designation.

In addition to the National Register action, the GBPA has established avenues of positive communications with most of the developers behind potential projects on the Wolfe Farm and other properties adjacent to the Lady Farm.